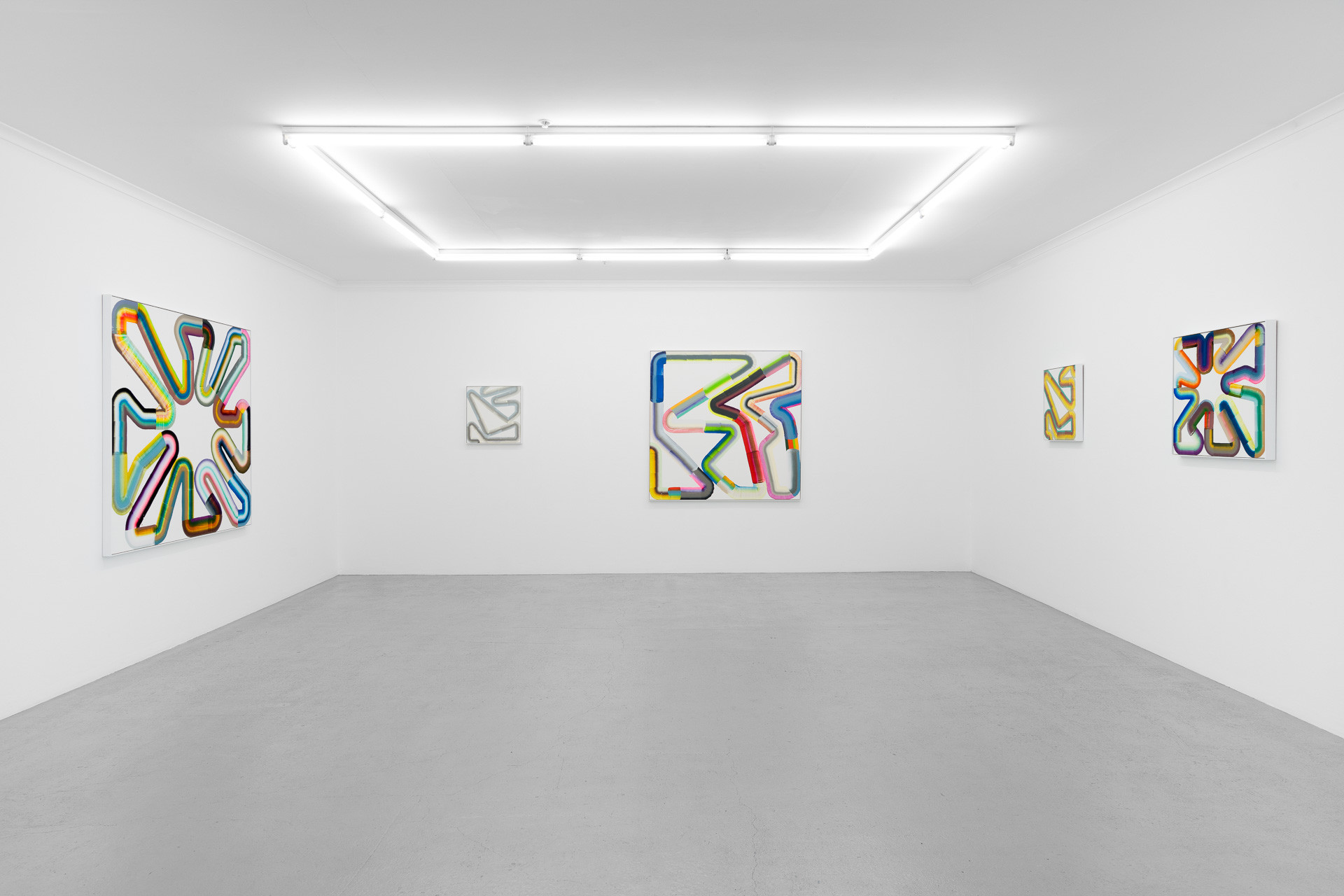 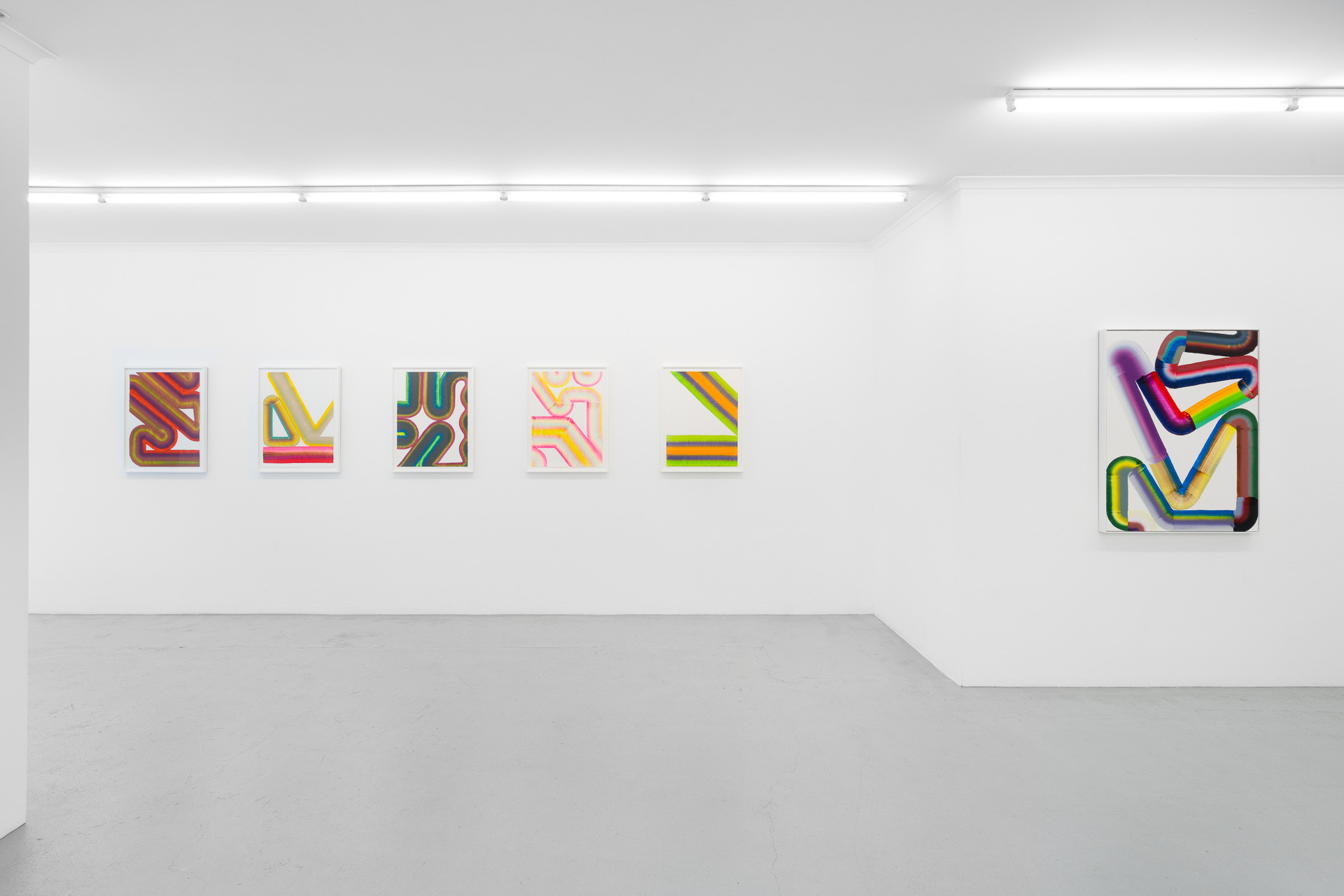 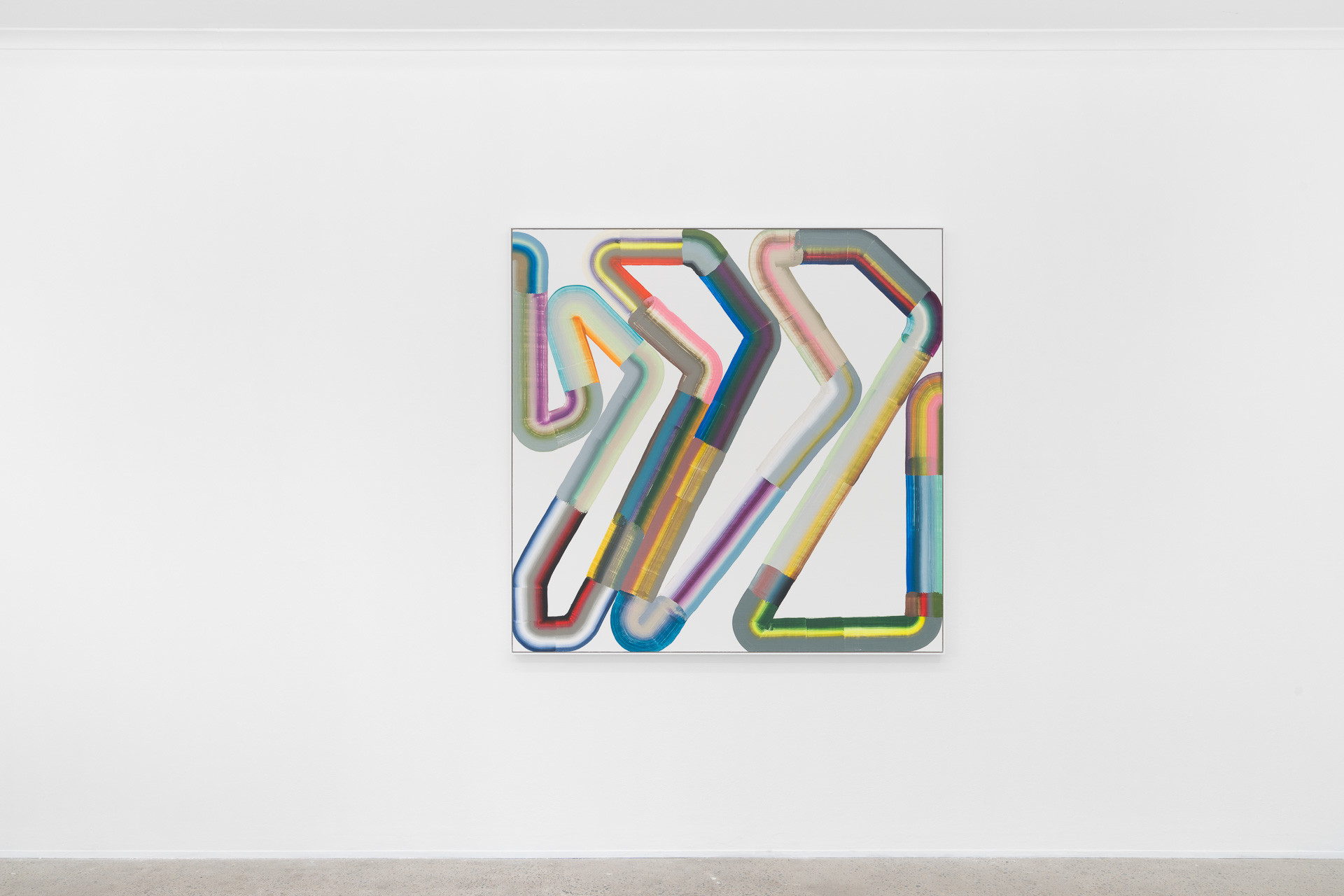 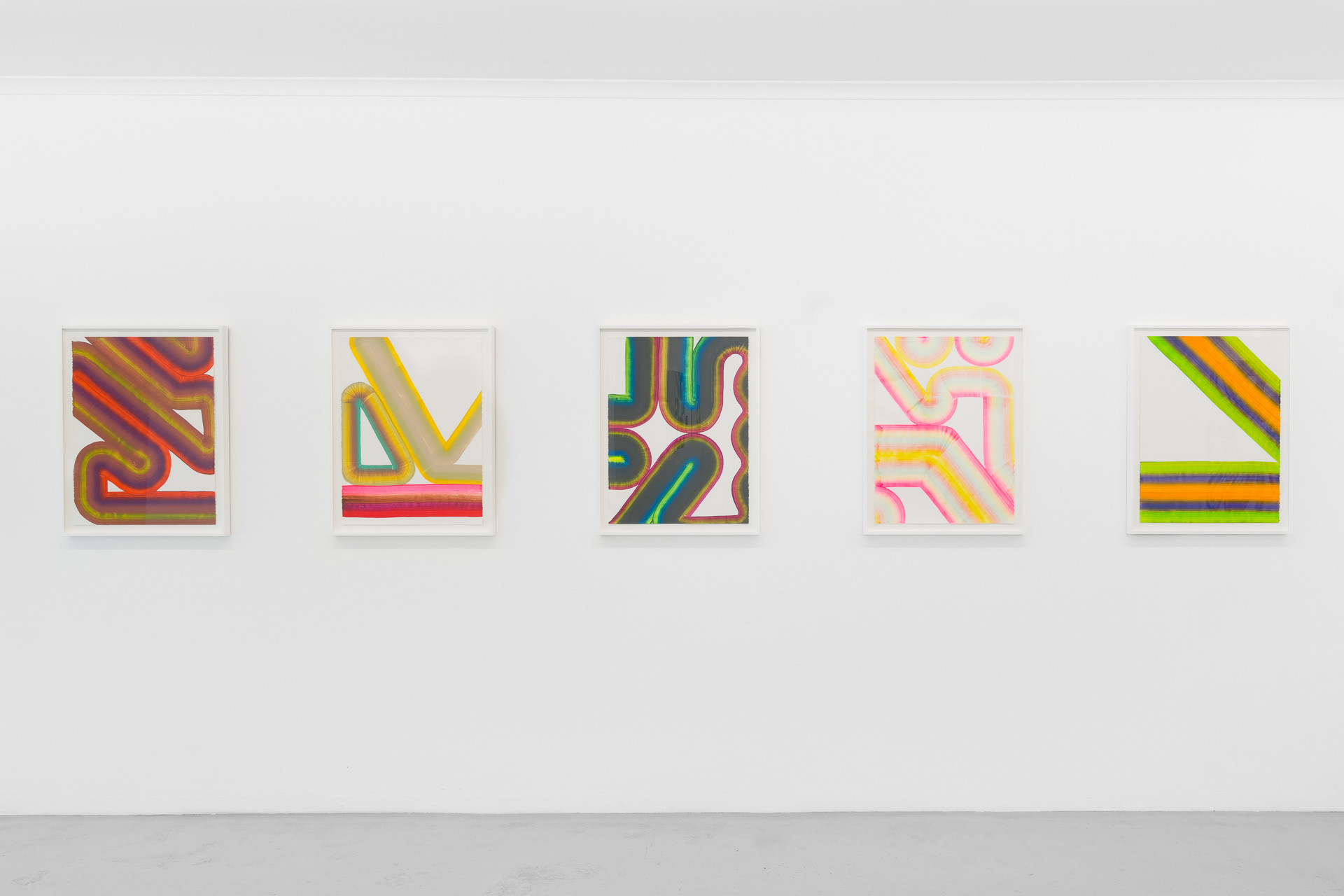 The works for Burnouts came about after a two-month break. I'd taken the time to consider how I've been working, my approach, and what I wanted to achieve from this new series. There had been a build-up and layering happening in my work, which I wanted to strip back. The multi-coloured brush movements made at the beginning were mostly hidden by the time the work was completed, and I wanted to pare back the canvas to this point, finding this layer again.

I wanted the light and clarity of the white surface to be revealed through this process of paring back. But I also wanted to retain the gesture, the push/pull, twists, the drag, the drip, the stop, and start as the brush travels across the surface. The colour relationships within these individual sections trace the movement of light.

In a conversation recently with a friend, we tried to distil the totality of our separate artistic enquiry down into some singular form. I arrived at light. The works in Burnouts take light and dark as a starting point, with the sun being the source of light and colour being the refracted state of this white light, leading to the reduction of the painting to these essential elements. A white surface and paint applied with a colour-loaded brush.

While travelling with this colour across the surface of the work, I couldn't help but hold one of Einstein's thought experiments in my mind. Referred to as 'The Light Beam Traveller', Einstein tried to conceptualise and internally visualise what the universe would look like if one were able to travel at the speed of light alongside a beam of light. The idea of light being viewed as a still stream, not in motion, speaks to a state of rest.

"I should observe such a beam of light as an electromagnetic field at rest.” Einstein, 1896.

In thinking about burnouts, and the act of doing one, we think of traction or, more specifically, a lack of. The rubbery trace left exists as evidence of movement. Similarly, the painted brush mark is a trace of the hand and the individual moving around that surface.

The works in Burnouts playfully engage with the anachronistic relationship between these mark-making pursuits while simultaneously looking at the psychological condition of burnout. Despite the title, these works ask you to slow down and contemplate the patchwork of specifically coloured gestures and open spaces.

Individual works explore the surface and traditional constraints of the painting through, at times, bouncing off its edges and returning inwards to explore the interior space of the painting. Others zoom off the edge in a manner that implies a broader limitless world that we only see a cropped section of.

The works in Burnouts collectively explore gesture, light, and colour in an attempt to bring these concepts back inside as they were created during a time of darkness and mass uncertainty.

But in the end, I always falter with the use of language. It has never felt as comfortable or entirely up to the task of articulating unknown things in the way that painting can do. Using words to articulate a painting feels like trying to use a shovel to butter your toast. I would prefer to speak in colours. 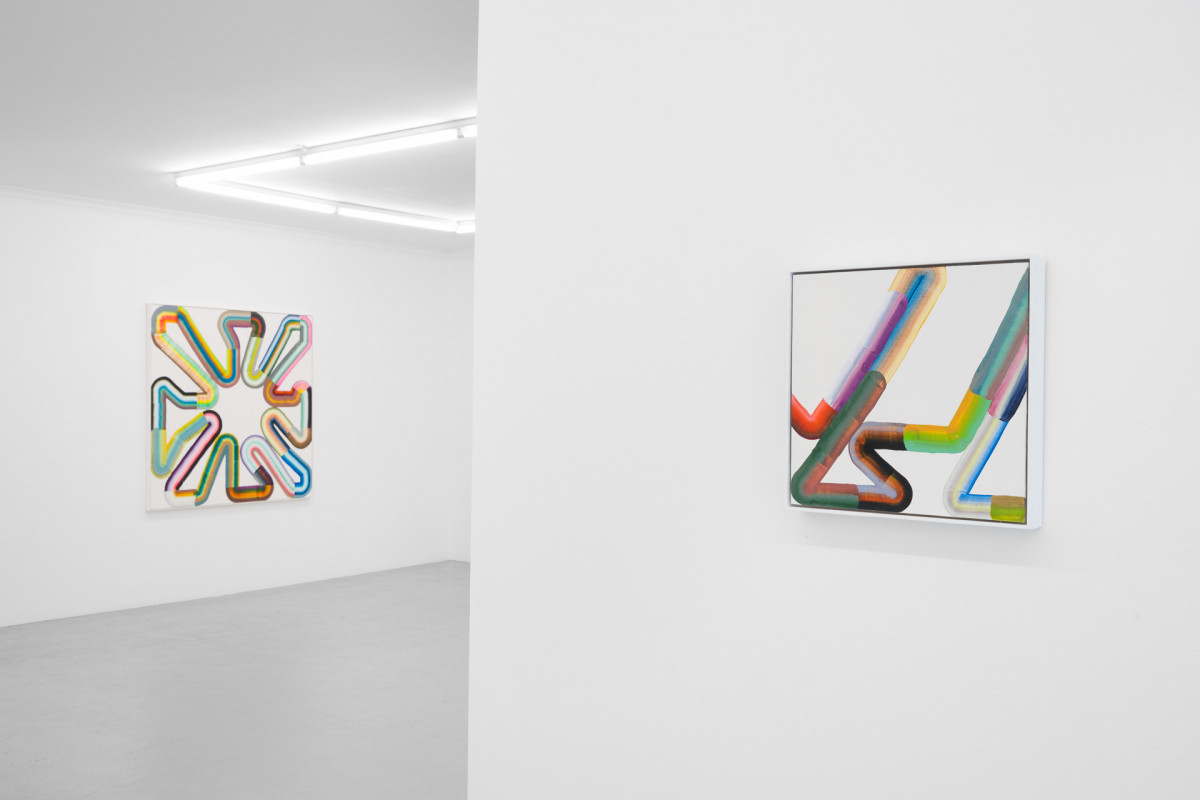 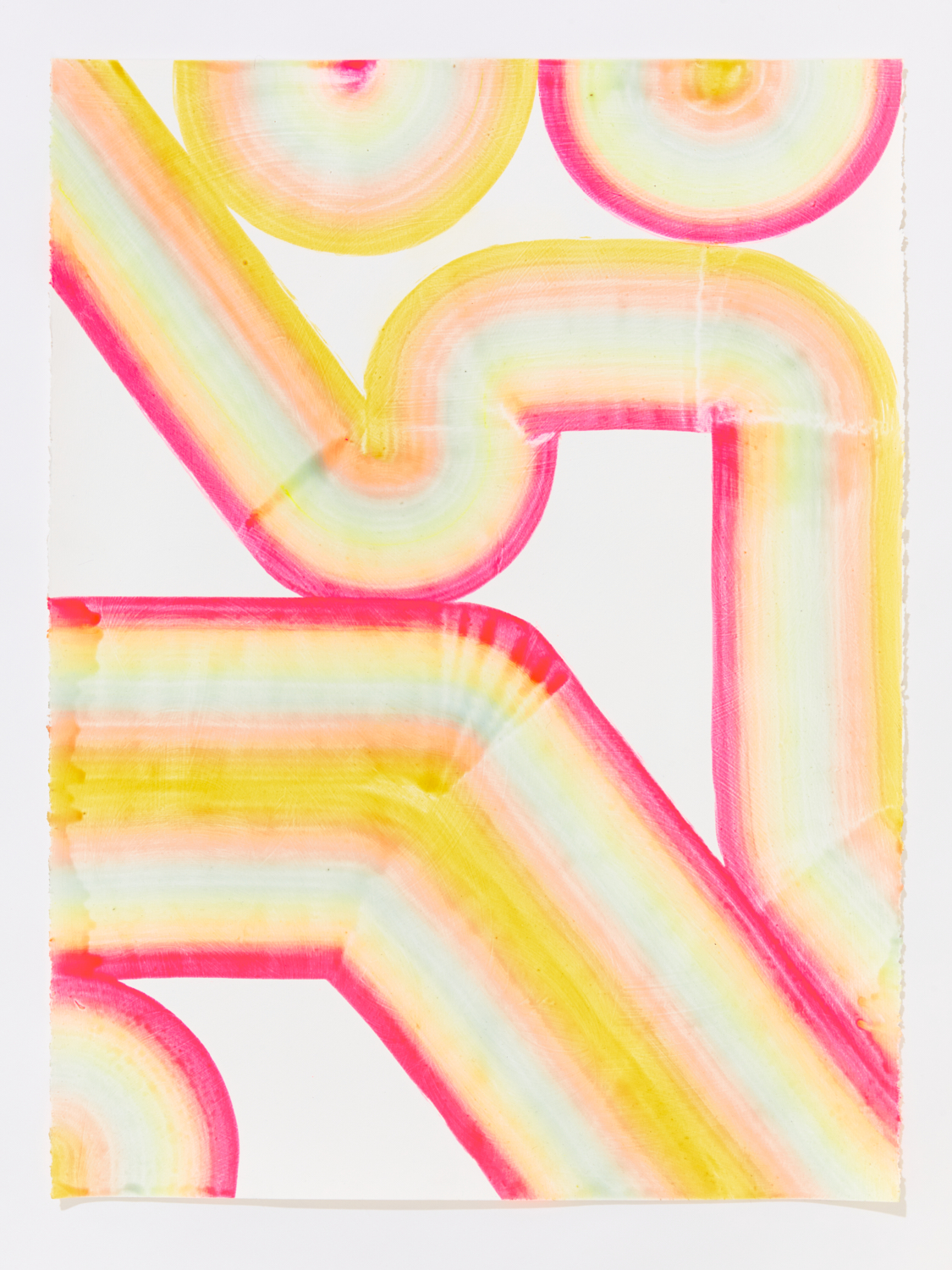